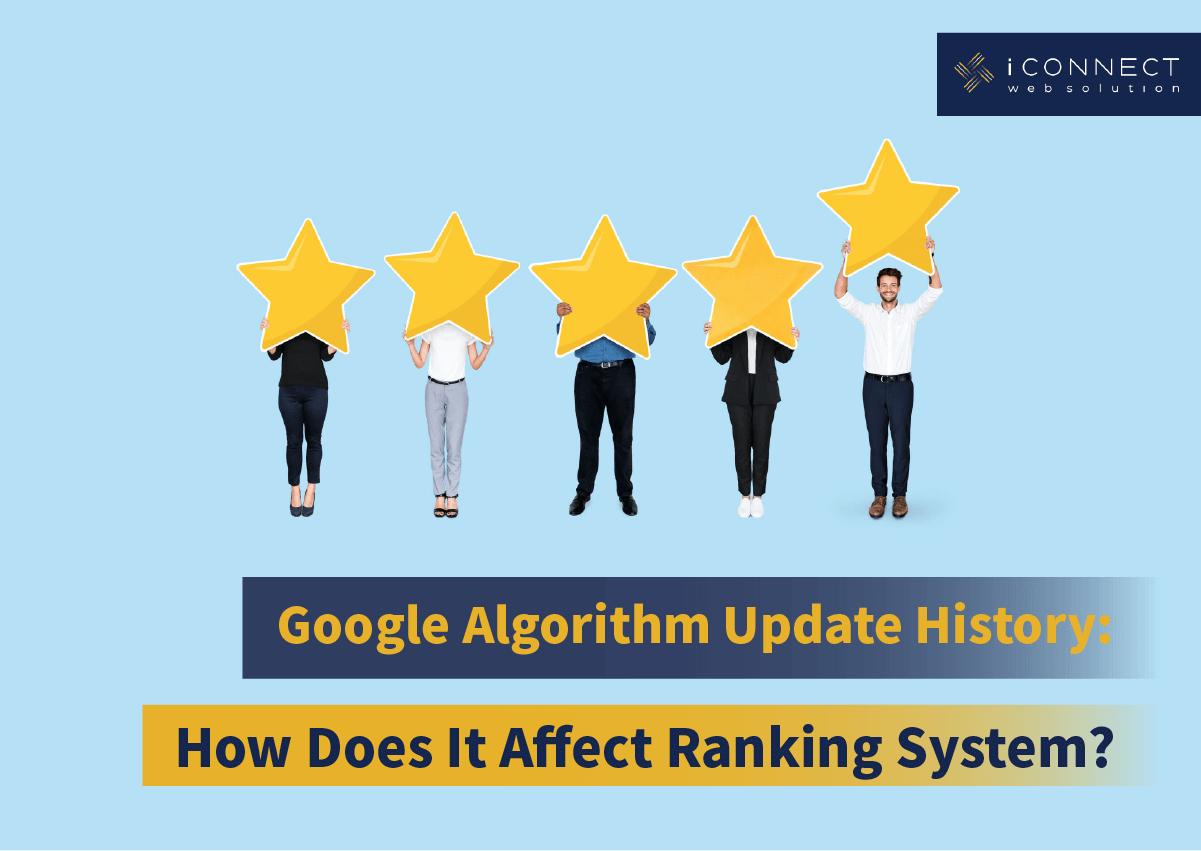 An algorithm is a predefined set of pathways that one should follow when solving specific problems. Google, the world’s most-used search engine, has a fixed set of rules that it conforms to rank websites, blogs and posts on the web. Google uses a uniquely-designed algorithm that determines the results to display when you type a query in the search bar. 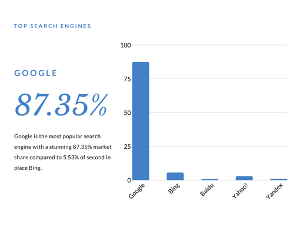 Unlike maths, the ‘answer’ to a search query on Google is not unique; there can be multiple relevant answers too. Google regularly updates its algorithm to improve the results’ relevancy to the query so that you can have the best possible experience.

For example, if your website used to show up on the first page of the search results, ignoring algorithm updates may cause it to drop to the second page. 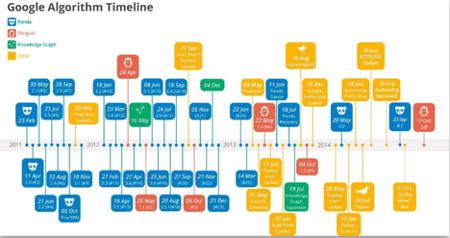 Let’s look back on some of the major updates that Google made to its algorithm in the past:

This update was launched way back in February 2011. Google Panda was started as a filter to weed out low-quality websites or those with plagiarized content. Such sites would never reach the first page – or even the first three – which allowed users to gain more accurate information from the Internet. 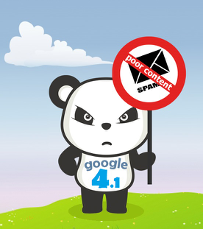 This update then officially became a part of the core Google algorithm in 2016, and allowed websites to improve their ranking by monitoring the quality of content uploaded on the site.

This update was released a year after the Google Panda update in 2012. Since Google’s algorithms were not secrets, many people looked for ways to trick the system. However, these tricks did not only affect the users’ experience, but it also hurt Google since it strove to maintain quality by eliminating poor content. As a result, Google Penguin was launched to combat sites with non-organic ‘links’. 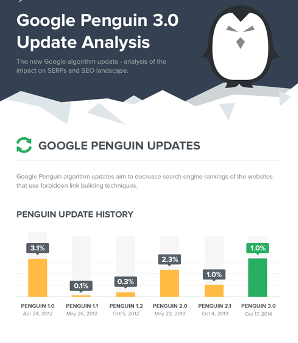 If your website was caught with inorganic link building to improve its ranking, you would receive a negative score, and your site would no longer appear in Google’s search results. This update was also made part of the core algorithm in 2016, which now works in real-time.

Google released the Hummingbird update in 2013 to go even further than matching keywords in a search query. The update was named so because it attempted to imitate the accuracy and speed of the hummingbird.

When Google Hummingbird was officially announced, Matt Cutts, an administrator in the U.S. Digital Service (USDS), said that it would affect 90% of all searches, albeit in a subtle way. 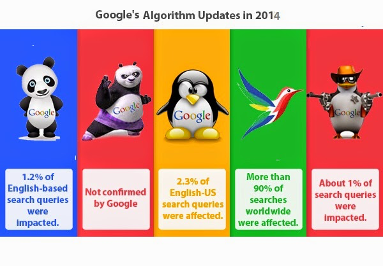 Google tried to find results that matched the user’s ‘search intent‘ by considering the context of the phrase, applying the use of synonyms and co-occurring terms. That meant websites could focus on producing a more conceptual and relatable piece of content with synonyms rather than targeting specific keywords to match the query.

BERT (Bidirectional Encoder Representations from Transformers) was released to target long-tail searches and match results by figuring out the context and cultural nuances embedded in a search. For example, even though Canada and the USA are English-speaking countries, they would still have different slangs that are exclusive to certain geographical premises.

Google BERT was part of a major update, and it was released to improve accuracy in that context. Websites with sloppy content were meant to be overlooked so that the search engine could find more accurate results.

Yes, that was the official name of the latest Google core update that shook the search engine result pages (SERPs). The update arrived in January 2020; however, the world had changed since then.

The modern tech world had never gone through a pandemic situation, and the users’ search queries had massively shifted since March 2020. 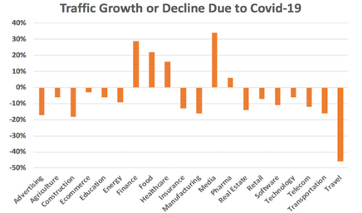 As countries implemented lockdowns and air travels came to a halt, many industries (like tourism, travel, event management, to name a few) suffered a massive hit in sales. Consequently, their physical shutdown also translated into an online decline.

Google had always strived to provide searchers with authentic, updated, and relevant content. At the same time, they tried to crack down on sites with irrelevant or duplicate content, as well.

Self-isolation and social distancing guidelines prompted people to stay connected via the Internet. News updates, classes, and shopping were done online, and it was the right time to launch this update. 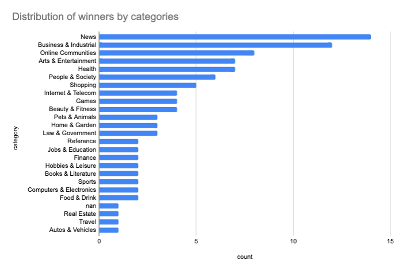 The May 2020 Core Update managed to help people by improving engine ranking for news sites, health sites, and e-commerce websites. However, some websites, like those from the air travel industry, suffered a downward trend as people were not ready to travel yet.

Your website might have gone up in ranking after the latest update; well, hats off to you. However, if it affected your ranking negatively, then you might wonder what you can do to gain it back.

If you have been following the algorithm updates for engine optimization all these years, then you do not have to worry too much about it. You only need to look at the following steps:

Google has always been a very transparent platform for both searchers and website owners. An honest and hardworking website owner would never suffer Google’s penalties. Keep in mind to always produce high-quality content, provide authentic and relevant information, and keep up with the latest updates. Do all these, and your website will attract traffic soon. 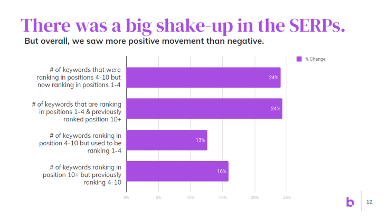